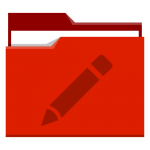 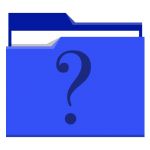 In response to an increase of questions on our forum and elsewhere about the possibility of “micro-dosing”, Andy Copeman put some questions to our IAKP founder, Karen Darke and herewith provides a well-informed insight into topic.

Here are the questions:

Micro-dosing is generally understood to mean that a person takes 1/10th to 1/20th of a ‘normal’ or ‘standard’ dose of a substance for a number of days on/off over a period of 4-6 weeks. The exact amount of the micro-dose can be ascertained from the known standard dose and weighed out in micrograms. In substances like mushrooms, iboga, LSD and cannabis, it’s fairly simple to achieve. It usually applies to psychedelic substances but can also be CBD, Alcohol, Nicotine etc.  These are also easy to ascertain the micro-dosage.

Micro-dosing is not taking one point of Kambô a day – that is a normal dose for lots of people and most people experience some of the effects of a full treatment … Nausea, Heart Beat increase etc etc.

Micro-dosing is not done every day and the dosage is calibrated so as to not cause any noticeable effects. For example: An LSD micro-dose does not cause hallucinations or change of brain state that would inhibit normal activity.

With Kambô, we have no “standard” or “normal” dosing so micro-dosing becomes difficult. For example, some people only take 1-3 points of Kambô during a treatment. For them, a micro-dose would be 1/10th – 3/10ths of a point. Others make take 7-10 points so for them a micro-dose may be 1/7th – 1 whole point – taken 1 day on/2 days off.

With Kambô, we have no “standard” or “normal” dosing so micro-dosing becomes difficult.

Despite that we try to standardise point sizes during training, we know that there is no ‘standard point’ as such. Therefore, we cannot achieve a meaningful and comparative micro-dose. 1/10th of one practitioners’ point may well be ½ of another’s. It would be extremely difficult to standardise this in terms of weight because even on gram scales we can’t weigh a point before we apply it let alone weigh out 1/10th of a point. If we look at cutting up points then there are also variations in terms of texture from stick to stick – some are runny and some are like glue, and in terms of the amount of water that the practitioner uses which can make the point swell in size.

Taking daily or bi-daily treatments of 1/10th would be difficult and I would question whether they would have any effect. If you lift the dosage up to a single point, then this is not a micro-dose for most people. It’s either a smaller dose or a normal dose. On a daily or bi-daily treatment at the higher dosage, you would undoubtedly have a build-up of tolerance within a few days.

At higher dosages, you would undoubtedly have a build-up of tolerance within a few days.

Most importantly, we have no idea how the active ingredients are distributed across a stick. Common sense says that the smaller the dose, the less chance of hitting anything significant. Micro-dosing increases the existing hit-and-miss element of Kambô.

With substances that are usually micro-dosed, we know how that dose is working inside the body – we know how it is metabolised through the body and the effects of the substance building up inside the liver for example. When we drink water and we purge, this is not an issue. When we don’t drink water, we don’t do long term treatments unless the client is terminal. In this case, we aren’t too concerned with the long-term effects.

With Kambô, we don’t have any research or information about what exactly is happening in the physical body – we can guess and extrapolate, but we don’t know for sure. We know that using Kambô regularly and within the given guidelines can strengthen the heart because it is a muscle and will respond positively to being stimulated. However, we don’t know how the heart would react to micro stimulations over a period of weeks, especially if there is any underlying pathology.

The Physical and Mental effects  #

Apart from the physical effects, we need to think about the mental effects. Micro-dosing is very likely to bring underlying issues to the surface in an unregulated way. I have been given anecdotal reports of people breaking down on public transport, not being able to care for their children and having long buried trauma burst upon them without warning. I have also heard reports of ‘flashback’ type visions in people with colour blindness and surges of anxiety and heart palpitations. Even some of the micro-dosing studies on mushrooms have shown that not everyone benefits and some people end up worse off.

Finally, over a period of weeks, you would have introduced numerous open wounds to the surface of the skin which will challenge the immune system constantly. If they are concentrated in one area it can increase the risk of bacterial skin infections which could present an opportunity for bacteria to enter the bloodstream.

In Summary Thus Far We have: #

Variation in point sizes and amount of water in point

Inability to define a standard dose

Inability to calculate a micro-dose in standardized terms before application.

Lack of knowledge of how Kambô is metabolized

Normal build up of tolerance on higher doses

Potential for unwanted psychedelic effects in people with visual conditions.

The Ten to Twelve times per year Guideline #

The 10-12 times per year exist for several reasons. Some are energetic and relate to maintaining the optimum energy field and protection. This would not apply to micro-doses. On a physical level, the body is stimulated by the opening of receptors in the brain when we apply Kambô. If you were to do this on a micro level, it would seem to me that it would be a bit like opening and closing a gate at a very fast rate. A micro-dose is not sufficient to stimulate a full receptor reaction so potentially after some days, the body would be in a state of confusion which would allow all the negative stuff to rise up.

On a physical level, the body is stimulated by the opening of receptors in the brain when we apply Kambô.

It’s one of those areas where a few people can try it and be ok and then extrapolate from that that it’s ok for everyone. I would say overall that micro-dosing carries an above average risk of harm versus a below average chance of beneficial effects. I cannot think of any conditions that would benefit more from micro-dosing than regular treatments.

Our practitioners need to be aware that just because something worked for them and they came to no harm, it doesn’t mean that that extends to everyone. Our responsibility is to the masses and there are so many unknowns out there. It’s not worth risking one persons life for.

Kambô Dieta as a Variation on Micro-dosing #

Variations on micro-dosing include the Kambô dieta – taking your regular dose of Kambô every day for 5-7 days. This is tried and tested. We know that there are certain things we need to watch for – loss of appetite, prolonged nausea, mood changes etc.

Dry Kambô is Not Micro-Dosing #

We also have Dry Kambô – which despite being small doses (1/2 or single points) is not micro-dosing. Dry Kambô is a one-off event in the majority of cases. Multiple treatments would only be applied in certain circumstances which we discuss in the Advanced Practitioner Training – end of life, for example.

Only the strongest, most experienced and calm people should take dry Kambô and never alone.  #

Dry Kambô does carry additional risks and should only be used if you have been trained in those risks. Breathing issues, temporary loss of senses – blindness, deafness and more can arise. Only the strongest, most experienced and calm people should take dry Kambô and never alone.